Jeunesse et Développement (JED) / Eclaireurs et Eclaireuses du Sénégal (EEDS) is a development NGO created in 1936, and established in all regions of Senegal, inspired by Scout values, at the service of young people and the community. Its mission is to contribute to improving the quality of life of populations, mainly in the fields of health, education, socio-economic integration and the environment, in particular by preparing young people for their role as active and responsible citizens. 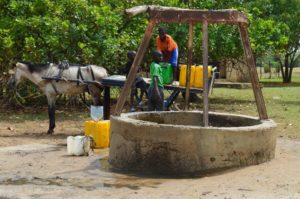 In Senegal, the Fimela area was recently the subject of a study, led by our local partner JED, one of the objectives of which was to map the needs of the populations in the face of climate change. It was carried out within the framework of the “Community Program for Mitigation and Adaptation in the Face of Climate Change in the Fimela Zone” (PCA.2C) currently being carried out by JED with the support of PADEM.

During this study, the populations met mainly raised issues relating to water and sanitation as well as the environment such as:

General objective: The system of access to water and sanitation is improved in the region of Fatick.

Specific objective: Schools, daaras and health posts in the municipality of Fimela have access to drinking water and toilets.