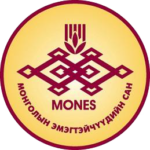 MONES is a Mongolian association established in 2000 to support women’s groups and associations dedicated to women’s rights in Mongolia.

For 16 years, the NGO has distributed more than 852,000 dollars to associations of women in its country, through the financing of 356 projects in all provinces of Mongolia.

The vision of MONES is that women have the same rights as men, they have the capacity to fully participate and be recognized and appreciated as a major force in society.

The mission of the NGO is to provide technical and financial support to associations through fundraising, resources, knowledge and skills in order to advance the rights of women in Mongolia.

To do this, MONES protects and promotes the rights of women and strengthen their leadership capacity to improve the justice, equality, transparency and involvement of women in local and national level. 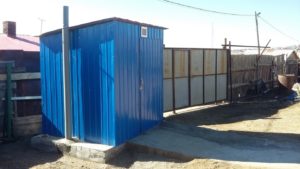 Ulaanbaatar has become one of the most polluted cities in the world. In particular, the concentration of PPM 2.5 over 24 hours in the district areas of Ger (yurt) in winter is 100 times higher than the amount authorized by the World Health Organization (WHO). But the majority of Mongolian citizens, 57.5% live in the districts of Ger. According to specialists from the Mongolian Academy of Sciences and other institutions, 60% of households in the districts of Ger are faced with the problem of heat loss, which pushes them to use more coal for heating, causing pollution growing air. It is therefore extremely important to reduce heat loss among these vulnerable families. Once residents are able to heat their homes properly, their consumption of charcoal and ultimately air pollution will be reduced.

While it is intended to connect the 16th khoroo (sub-district) of Chingeltei district of partial electrical network in the long-term plan of the city of Ulaanbaatar, geographic areas to connect to the grid until 2030 do not cover the khoroo we have selected for this project. Therefore, we want to select 16 poor families of the 16th khoroo District Chingeltei so they can insulate their homes and improve their living conditions. In addition, we will select another group of poor families in the same khoroo who use traditional wooden latrines to also act on soil pollution.

Overall objective: To contribute to improving the living conditions in poor neighborhoods of Ulan Bator, Mongolia

Specific objective: To improve the living conditions of disadvantaged groups in the ger district Chingeltei, Ulaanbaatar

The 92 members of 23 families the direct project beneficiaries are poor and vulnerable citizens living below the poverty line.

16 members of four other families will benefit from the improvement of their living conditions thanks to the support of the first beneficiaries and fundraising.

Besides the direct beneficiaries of the project, more than 200 citizens in the same khoroos should be able to see that citizens can improve their living conditions through their own initiatives and will be encouraged to improve their quality of life.