Emergency Response to May 2017 Flood Victims in Sri Lanka

With the support of the Ministry of Foreign and European Affairs of Luxembourg, Directorate for Development Cooperation and Humanitarian Action And, from the Abbé Pierre Foundation

Life for All Foundation (LFA) is a Sri Lankan organization that has been implementing holistic development programs for vulnerable populations in its country for several years. LFA intervenes in various fields such as education, health and socio-economic development.

The southwestern monsoon has brought unusually heavy rains since May 25, 2017 particularly in the South, South West and West regions of Sri Lanka.
As of May 30, floods and landslides affected more than 576,000 people in 15 districts of Sri Lanka. 194 people were killed, 99 are still missing and 83,200 people were displaced in 370 different locations.
About 1,400 homes were destroyed and 7,070 were damaged.
For several years, Sri Lanka has been affected by monsoon floods. While some people are still living in temporary camps since the floods last year, 2017 is considered the deadliest year since 2003. 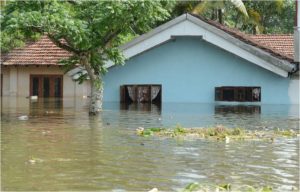 The overall goal is to respond to the immediate needs of the May 2017 flood victims in Sri Lanka. The specific objective is to assist the families of the Baddegama and Malimbada divisions in the Galle and Matara districts, the most affected by these floods.

Sorry, this entry is only available in French. For the sake of viewer convenience, the content is shown below...